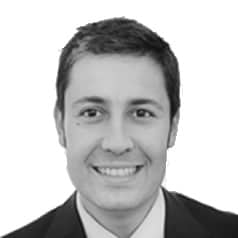 Daniel is a specialist in employment law and social welfare issues. Over the last 15 years he has developed an invaluable experience in representing Spanish and foreign companies as well as individuals (employed by them).

Member of the Barcelona bar since 1999, Daniel has worked for several practices specialized in employment law before establishing MasAdvocats in 2014, in Barcelona.

Daniel has been a leading participant in several conferences and workshops about employment law at the Universidad de Barcelona and the EAE business school amongst others and has published articles in La Vanguardia, Toga Biz and various specialized reviews on the subject. Recommended by Who’s Who Legal Management Labour & Employment Lawyers in 2013.