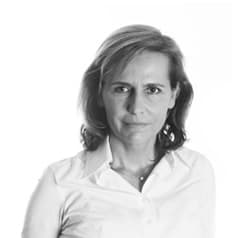 Anne is a lawyer dedicated to Labour law and a member of the Barcelona Bar, having an experience of over 20 years in advising companies and executives in a multicultural environment (Asia, Europe, Latin America, and the United States).

Since she moved to Barcelona in 2009, Anne has developed unique skills in advising international companies in the legal management of their human capital in Spain and in advising and defending expatriates or seconded executives in this country.

She previously worked as a Lawyer for Baker & McKenzie, Watson Farley Williams, Bertelsman Music Group and the business law department of EY (Ernst & Young) before she became a Partner in MasAdvocats.

Anne holds a French Master in Civil law, an American Master in International Law and a Spanish Master in Labour and Employment law. She works indifferently in French, English, Spanish and Portuguese.

She has published memoirs in both English and Spanish: